Carlos Jaramillo is appointed as the new Academic Dean of IESA 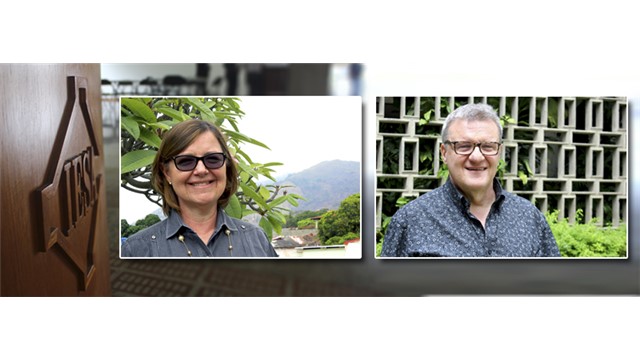 We are pleased to announce the appointment of Professor Carlos Jaramillo as Academic Dean of IESA. Carlos Jaramillo in this new responsibility will provide the leadership necessary for the Institute to maintain its high quality standards and achieve its goals.


We are confident that Professor Jaramillo will carry out an excellent job in this important pillar of our school of management. He is a Materials Engineer from the Simón Bolívar University (1982), he has a Master´s degree in Business Administration, with a major in Finance from IESA (1984), and he obtained a Ph.D. in Business Administration at the University of Connecticut (1994). He has more than 20 years of experience at IESA as a professor of postgraduate courses in corporate finance, and Executive Education, becoming one of our most outstanding professors over the years.

Parallel to his academic career, he has developed a variety of professional activities. From 1999 to 2000, he was Advisor to the Presidency of CONAVI (National Commission on Housing). From 2004 to 2005, he was the Finance Manager of the National Housing and Habitat Bank and from 2007 to 2009, General Director of Administration and Finance of the National Electoral Council (CNE). Additionally, between 2006 and 2010 he was Academic Advisor of Econoinvest Casa de Bolsa. He is currently External Director of Charvenca, a food company.
Carlos has provided a very valuable contribution since his return to IESA´s faculty in 2011, as a professor at the Finance Center. He was Deputy Director of Key Accounts during 2012-2014. During the last years, he has made an important effort to develop his own line of research and achieve the goal of publishing in international journals of recognized prestige.
After a very valuable performance, the Professor Rosa Amelia González leaves the Academic Direction, but she will continue accompanying us as faculty to continue make contributions to IESA though her passion for research and teaching.
Gustavo Roosen, President of IESA said "I take this opportunity to thank Professor Rosa Amelia González for her contribution, determination and dedication during the years in which she has been Academic Dean. She is a model of constant search for excellence, despite the difficult circumstances of the environment. An example of this is, among other contributions, her leadership of three processes of reaccreditation and obtaining our fourth seal of international quality (NASPAA). Her work has been vital for IESA during these years, in which she has sacrificed her personal goals on many occasions to obtain institutional achievements. Likewise, under the direction of Rosa, IESA has managed to maintain a Faculty dedicated to teaching and research."
Rosa Amelia González has been Academic Dean of IESA since 2012. She has a degree in Urban Planning from Simon Bolivar University (USB), a Master of Business Administration (MBA) from IESA (1988) and a PhD in Political Science, also from USB (2002). She is a researcher and professor of postgraduate and Executive Education specialized in the areas of public policies, social responsibility, public management and social enterprises. She joined IESA in 1988 as a researcher and later became a professor at the Center for Public Policy (2002). She was Coordinator of the Public Policy Center during 2003-2009, Director of Research between 2010 and 2012.
Since 2008, she has been the Coordinator of the SEKN Network, where she has had outstanding work in the generation and dissemination of knowledge in the field of social initiatives, social responsibility and business at the base of the pyramid. She has also been a consultant to the World Bank, the Inter-American Development Bank and the United Nations Development Program. She is the author of a wide range of publications that include books, articles in magazines and case studies in the field of public policy analysis, the organization and functioning of public sector entities and non-profit organizations.
"I would like to take this opportunity to thank the Search Committee appointed by the Academic Council and composed of Professors Josefina Bruni Celli, Eugenia Csoban and Víctor Carrillo and the professors who participated in the consultation process for the excellent work done," Roosen concluded.