The Rage Gripping Venezuela Will Only End When Maduro Goes 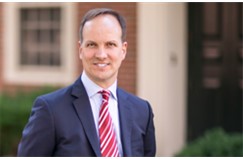 A power shift, via elections or regime collapse, is essential to rebuilding the country.

During the past two months of protests, stores and warehouses have been looted, government offices torched, statues of former President Hugo Chavez torn apart. As we write these words, at least 60 people have been killed, including four security officers. Two thousand nine hundred and fifty people have been arrested; 355 civilians have been processed by military tribunals.
It is the biggest wave of protests Venezuelans have seen in decades. Driving the unrest is not only rage ― it’s desperation. It’s the feeling you have when a son is in a hospital that has no medicine or electricity due the country’s massive shortages.
President Nicolas Maduro has responded to the unrest with tear gas, mass detentions and open fire from military, police and paramilitary squads. He has pushed for a new constitution that would give him even more power.
Poverty rates have skyrocketed to 82 percent, well above the levels registered before the Chavez era, according to an academic survey. Seventy-four percent of Venezuelans lost more than 19 pounds in 2016, largely due to food shortages. The president callously celebrated this weight loss in a televised speech ― “the Maduro diet makes you slim and strong,” he said.
GDP has plummeted, and inflation has soared. The country’s productive capacity has eroded since Chavez came to power 18 years ago. The private sector has been annihilated by a myriad of expropriations, confiscations and state controls. Since 2004, Venezuelans had been living well beyond their means, riding on a consumption boom of imported goods funded by oil and foreign debt. Between 2006 and 2012, the best years of the bonanza, Venezuela quadrupled its foreign debt. When oil prices came down and international markets effectively shut down for Venezuela in 2014, everything fell like a stack of dominoes. Imports have shrunk 72 percent since 2012.
Now the regime’s choice about the economy comes down to this – how much will it starve Venezuelans to continue servicing the country’s debt?
Getting Venezuela back on track will mean undoing most of the deranged policies of the past few years. First, Venezuela needs to restart the flow of imports to address widespread hunger, restock the empty shelves of pharmacies and public hospitals and provide raw materials to remake the industrial infrastructure that still survives. This means resorting to the only sources of cash that the regime has not depleted: multilateral institutions and debt restructuring.
Getting Venezuela back on track will mean undoing most of the deranged policies of the past few years
That might take some time, but it will send the signals needed to obtain bilateral loans to cope with the humanitarian crisis over the first months of the transition. Changing the legal framework that regulates the oil industry is a prerequisite to attracting foreign investment. Market mechanisms will have to be reestablished, and the whole system of state controls dismantled. The focus of social policy will have to shift from subsidizing things to subsidizing families.
The likelihood that the Venezuelan economy bounces back is high. The problem lies not so much in policy, but rather in the capacity of the political establishment to generate consensus around a plan, framing it within an attractive narrative of recovery.
None of this can happen under Maduro. A power shift, via elections or regime collapse, is essential to begin to rebuild the country. Here’s where the horizon is blurred by questions only time will answer. And time is not a resource a sick, starving, angry nation can afford.
If the military unplugs its support of Maduro, he will lose his ground
Last year, the Vatican sponsored a failed attempt to negotiate between the opposition and the regime. The pope sent a special envoy to Caracas with the goal of starting an interchange of goodwill gestures from each side; the opposition canceled its agenda of protests and agreed to repeat a contested election, but Maduro didn’t go beyond the release of a few political prisoners. The Vatican called it quits when it became evident that Maduro wouldn’t make any concessions and was just trying to win himself some time.
Will another negotiation take place soon, to avoid more death? Will the regime’s control of the electoral council be enough to fulfill Maduro’s goal of an unpopular constitutional rewrite that would erase both Congress and the attorney general’s office? For how long can the opposition maintain street protests with the cohesion and stamina exhibited until now?
There are rumors of discontent in the military, the ultimate stronghold of the regime. But the intelligence services’ surveillance, with Cuban assistance, work day and night, and many officers are involved in drug trafficking, smuggling, mining and imports of food. Would they sacrifice those sources of income and betray Maduro?
The opposition has no option but to shake hands with the devil and provide a safe exit to men who are shooting with the zeal of the besieged
This last factor is the only one that can produce a change: if the military unplugs its support ― not embarking on a classic coup d’etat but saying that they won`t go further ― Maduro will lose his ground. Having exhausted the mass appeal and financial muscle of the golden years of chavismo, the regime depends entirely on the armed forces. If the top brass splits or chooses to abandon Maduro, it would expect, in exchange, at least some degree of amnesty in any reconciliation process. The leaders of the military know that stopping the spiral of violence will require an army; there are too many guns and too much hate in the country. And the opposition has no option but to shake hands with the devil and provide a safe exit to men who are shooting with the zeal of the besieged.
Venezuela must soon deal with its dark side ― tyranny, anarchy, revenge ― and choose a path. Let’s hope the chosen one will be a short, negotiated transition, a start down the long trail of reconstruction and not the dark alley of confrontation and self-destruction.