In this section you can find various materials online – such as books, articles and chapters of books - to download and read. 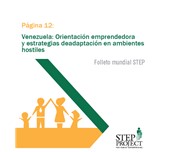